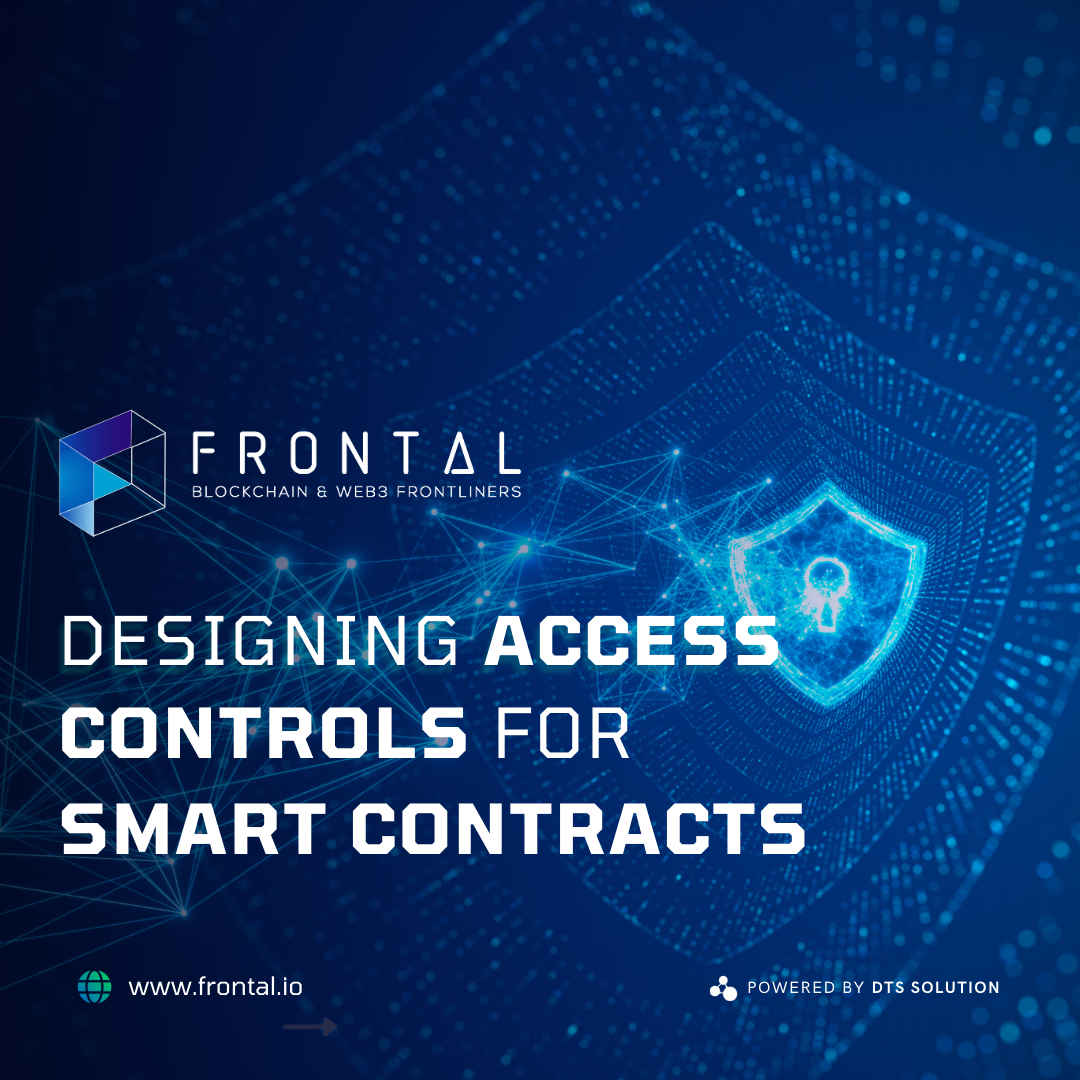 In a smart contract, access controls are measures that are put in place to limit which users or contracts are able to access the contract’s functions and variables. This can help ensure that only authorized users are able to interact with the contract, and that sensitive information is protected. Typically, these are operations critical to the security and health of the protocol (e.g., minting new tokens, pausing transfers and withdrawals, or executing upgrades).

Designing secure access control for smart contracts can be difficult, as projects must balance two competing objectives: efficiency and security.

Distributed access control aids robustness and decentralization, but can increase the complexity of managing a smart contract.

In later parts of the article, we’ll dive into different access control patterns and how and when they can be used.

Access controls can help prevent unauthorized modifications to a smart contract. For example, if a contract has a function that can only be accessed by a specific user or contract, it can prevent other users or contracts from making changes to that function. This can help ensure the integrity and security of the contract.

Overall, implementing effective access controls is an important part of any smart contract design, and can help protect against potential security threats.

Upgrades aren’t the only functions that need proper access control—every function that can significantly influence a protocol’s operations must be adequately protected. For example, DeFi protocol MakerDAO uses access control to regulate who can submit a price oracle update (to prevent attackers from manipulating the valuation of assets in the system).

The developer(s) responsible for creating and managing a protocol typically have more access to administrative functions than regular users. This makes some sense since devs will need to perform routine admin tasks (e.g., adding new features), or respond to emergencies (e.g., pausing withdrawals).

However, users must trust developers not to exercise these powers arbitrarily for selfish reasons, such as minting new tokens and dumping them on the market to make quick profits (i.e., rug-pulling users). To reduce trust assumptions and centralization risks, projects can implement decentralized access control.

For example, a protocol might subject the execution of critical functions in contracts to a multisig wallet to provide a level of fault tolerance. Even if one or two insiders attempt to subvert protocol rules (by accident or design), users still have some degree of protection.

Access modifiers, ownable patterns & role-based permissioning are three common techniques for establishing access control in smart contracts today. These techniques have unique advantages and drawbacks which we explore in detail:

The Ownable pattern builds on the idea of a contract “owned” by a special account with exclusive access to administrative functions in that contract. The contract’s owner is usually the address that deployed it, although it is possible to transfer ownership to another account.

Under the Ownable pattern, restricted functions have an onlyOwner modifier that checks the identity of the calling account before executing. If the caller’s address fails to match the owner’s address stored in the contract storage, the call reverts.

Owned contracts are usually easy to implement since only one administrative account is involved. Delegating control of a smart contract this way also reduces administrative overhead—contract owners can quickly implement changes such as freezing a contract to minimize damage from an exploit.

However, contract ownership can also introduce the risks of centralization. When a single individual has the power to take critical actions (without meaningful checks on this power), users must trust that party to act responsibly. But even honesty might be insufficient—a centralized owner can still cause damage, which can cause numerous destructions (as we have seen happen many times like with the FTX collapse).

Most projects will favor contract ownership during the bootstrapping phase since it affords simplicity, speed, and cost-effectiveness. But, as a project grows and onboards more users, a more robust access control mechanism may be necessary. This is where role-based permissioning comes into the picture.

In cybersecurity, the principle of least privilege (also called the principle of least authority) means actors in a system have only as much access as they need to perform their functions. This concept forms the building block of role-based permissioning where individuals/entities are granted powers according to their roles in the system.

While the Ownable pattern assigns the administration of a smart contract to a single account, role-based access control delegates administrative powers to multiple accounts.

Role-based permissioning is considered ideal because it remedies most of the problems associated with contract ownership. For example, restricting individual powers minimizes the damage that a privileged account can wreak. It also improves decentralization and fault tolerance since administrative powers are distributed between different individuals.

That said, it is important to consider the tradeoffs involved with using role-based acres control. One is that having too many roles can make coordination harder and reduce the speed of implementing critical changes. It is also necessary to have a process for revoking authorization for roles to prevent misuse.

Both contract ownership and role-based access control can be improved using the following mechanisms:

A multisignature (often called a multisig) account is a special type of account that requires a minimum number of addresses to sign a transaction before executing it. Multisigs are a powerful addition to your toolbox for access control and provide the following benefits:

Reliability and transparency also matter for access control. You should highlight different privileged accounts in a smart contract’s system (and their powers) and notify users if a detail in the access control mechanism changes (e.g., via log events).

For example, you can program a contract to emit events whenever a new role is added or ownership is transferred to another account. This keeps users in the loop, promotes accountability, and shows a commitment to transparency.