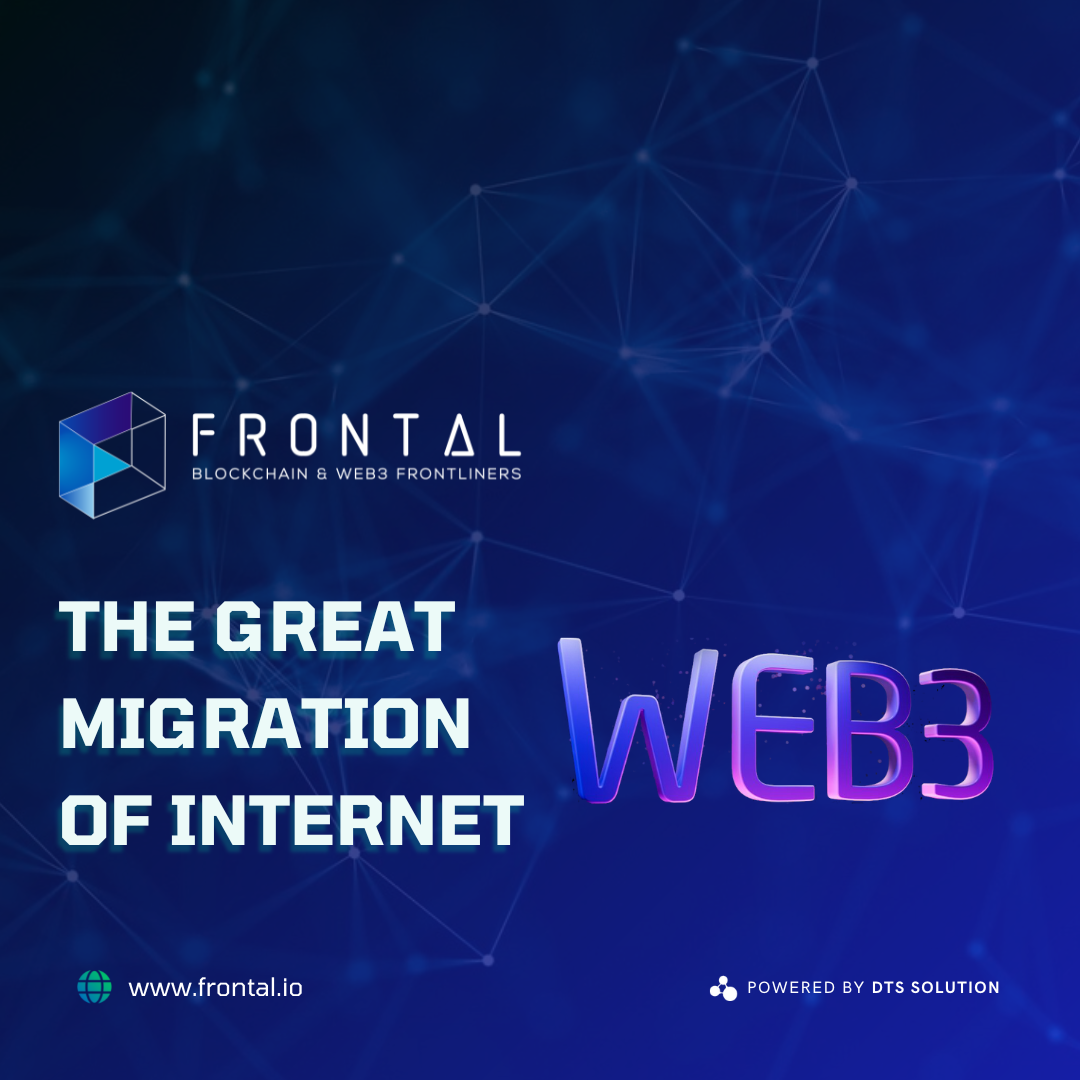 We are currently witnessing a migration from Web 2.0 to Web 3.0. While still few people are still unaware of what that even means, a number of entrepreneurs are already busy capitalizing on the transition. The hallmark of Web 2.0 was technological service providers, such as Microsoft, Google, Facebook, and other firms. A company offered a service to customers and stored their information in a database.

Web3 and the metaverse are two terms that pop up almost every time in the technology world. You must have heard them countless times in the blockchain space. Sometimes, we confuse them for the other metaverse web3 or web3 metaverse, but are they the same? Let’s dive into what metaverse and web3 are and their potential. 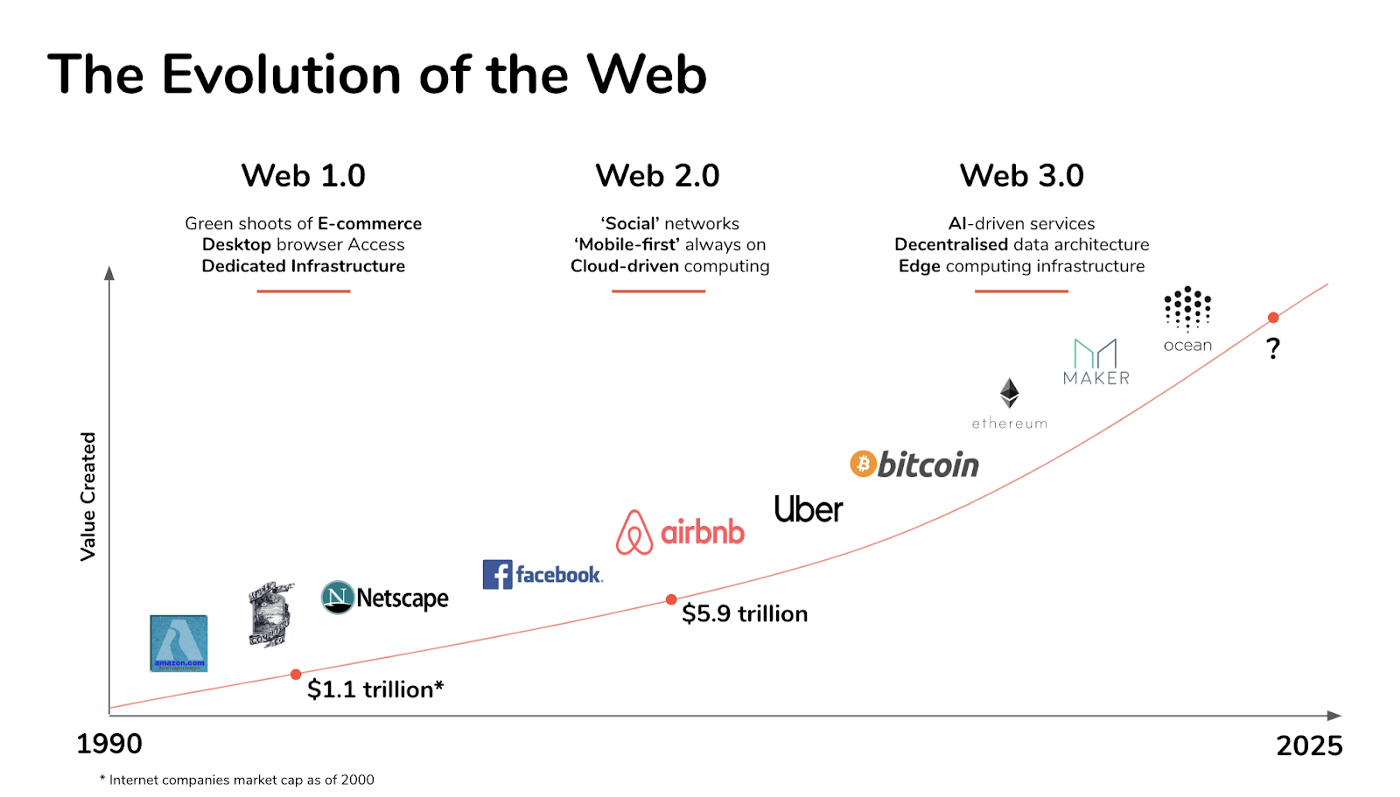 Judging from where the internet started, you can agree that it is evolving, from the entire web1 to the current web2, and now to the future of the internet, the web3. Before we discuss what web3 is, let’s give you a rundown of the former internet iterations and compare them to web3.

Web1 version is different from the web2 we are partially enjoying today. This version mainly supports the read-only feature. This name came about on the basis that this iteration comprised of basic web pages. The shortcomings of web1 led to the emergence of web2. Web1 lasted for 14 years, from 1991 to 2004.

Web2 is a massive upgrade to web1. Known as the read-write web, it saw the rise of social media and Google. There are still some discrepancies. Google controls this centralized iteration of the Web.

Then came along the futuristic web3. This version of the Web focuses on read-write-execute or internet 3.0, Web3, which runs in a decentralized manner, will soon replace Web2 completely. No user will be at the mercy of any company or corporation. In this third iteration of the internet, every user owns the internet and has access to information. The ownership factor is the significant difference between web2 and Web3.

Contrary to what people think, rumors about evolving to web3 started in 2006, but it wasn’t until 2014 that the term gained a little popularity. Gavin Wood, the Ethereum co-founder, predicted that the internet would run on blockchain technology. This technology would be the backbone of the next internet, but how will blockchain benefit internet users?

First, decentralization of data would be there, it implies that instead of keeping data in central servers & giving authority to a single entity, this will be stored in a network of computers. In this case, every single user will have a copy of the information. It means we will have utter control over our data. Web3 is far from becoming a reality, but we already see the elements.

So, what’s a metaverse? The metaverse doesn’t talk about owning the internet. Instead, it focuses on the unique user experience when the futuristic internet arrives. What does this mean? Users will be able to interact with each other and shop in a more immersive form. The metaverse is a virtual space where users can perform several activities. Think of the metaverse as the virtual form of the real world.

The metaverse aims to shift how we communicate, work, and socialize. Instead of interacting with your colleague through Zoom, users will use proponents like VR to move between two worlds and interact with digital avatars.

Now that you know the meaning of the two terms, what are their differences and similarities? Let’s start with the similarities. A significant reason for their intertwining is that the technology used to build web3 will influence how we use the virtual space. Blockchain is used to mint NFTs and cryptocurrencies, which play a role in the metaverse.

Another reason they get spoken about as if they are the same thing is that no one knows what the terms exactly mean yet. Both terms are relatively underdeveloped and mean differently to people and corporations who already imagine what they would be like when finished.

For instance, Meta said it would invest $10 billion to develop its metaverse. However, their version of the metaverse is quite different from the decentralized metaverse that people believe should be outside the control of companies like Meta. It tells you that there are different metaverses.

Web3 Vs. Metaverse: How the two intersect

Cryptocurrencies and NFTs will form the bedrock of the economy in the metaverse. If we are to follow what the metaverse represents (the digital version of the real world), we would likely be able to replicate what we do in the physical world in the virtual world. That means people will shop, establish businesses, and earn money there.

Cryptocurrencies don’t need banks or brokerages to allow people to transact. That’s what makes them perfect for use in the metaverse. A cloud wallet is what you need to flourish in this new world. Why would anyone buy an item in the virtual world anyway? NFTs are digital representations of real-life items. Because NFTs are rare, there’s so much importance attached to owning one.

Apparel companies like Nike are leveraging NFTs to create digital shoes and clothing. Buyers won’t hesitate to buy these items even though they only exist in the digital world. Moreover, people already spend thousands of dollars on sneakers in the physical world. Why should it be different in the metaverse?

So, that’s it. Web3 and the metaverse are different concepts but intertwined in many ways, as explained in this post. Both can help each other achieve their aim, and that’s why everyone is excited about their potential.

Web 3 might just be closer to becoming the reality we all imagine. We all must be prepared to evolve into this new iteration. Since it’s going to be run in a decentralized manner, smart contracts are evitable. As we know, these executable programs can be exploited if any vulnerability is found.